That was TOTALLY WICKED!!!

That is the best way that I can explain my weekend. The kids were watching the Incredibles and the little boy at the end who sees Mr. Incredible do something with his "super powers" shockingly says "that was totally wicked", I had to use that caption for my post. That comment pretty much sums up the experience. 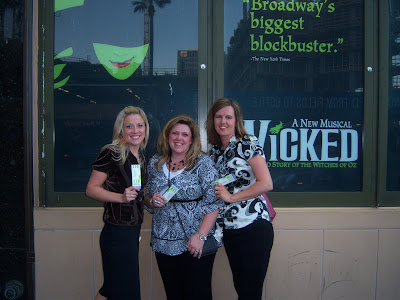 Here we are just about to go into the theater
I have fallen in love with Wicked. After it was all over all I could think of is how badly I wanted my family to see it! They all would love it. So hopefully I can get enough tickets when it comes to Salt Lake. We had amazing seats! 6th row! We joked about how we could see the actors spit! I know that is not something I would usually want to see but that just gives you an idea of how close we were. I loved watching their emotion as they sang and the costumes were wonderful! I loved every part of it!
The Wicked weekend did not disappoint. We had an amazing adventure that is for sure! Here are somethings I will never forget!


These are just a few things that happened. I know it is a long post. Sorry. But there was so much fun packed into 4 days it was just crazy. I love being with these ladies. They are those kinds of friends that no matter how much time it has been between visits, it feels like just yesterday. Although we never found the wallet and some may feel that a car breaking down could put a burden on a weekend, well you are wrong! We had a great time. I can't wait to do it again. So much fun. Yes, I did miss my family, just like I always do. I know they missed me also, they were happy to see me. Love that feeling. I haven't gotten some of my favorite photos from the trip from the other two cameras yet, I will have to post those later, but here are some of mine.

Wicked is highly recommended by me...I give it 2 thumbs up! 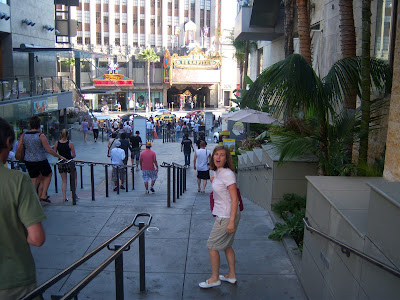 Shopping at the mall by the Kodak Theater. Don't know what it is called. But we had fun eating at California Pizza Kitchen and shopping around Sephora. 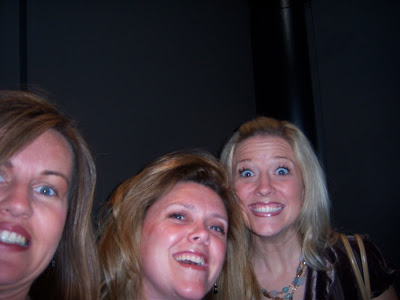 This is us in the elevator...we took lots of these self portraits. Funny! 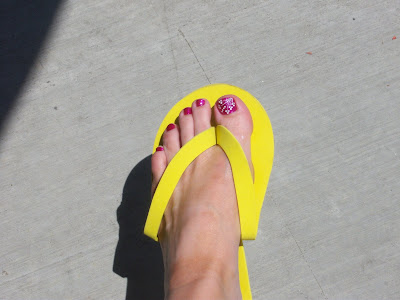 My pedi! Loved how it turned out. I didn't have flip flops on so the gave me these foam ones, which FYI don't last more than 5 or 6 steps. 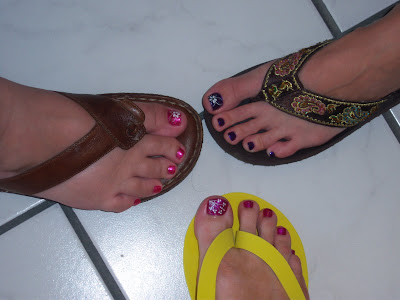 Posted by Craig and Cricket at 7:43 PM

Lovely toes, I am sure they made you totally "POPULAR!" I am so jealous of your Wicked weekend. I can't wait to see it in SLC.

Looks like you had a great time!!! I can't wait to go see Wicked!

I love how you girls can turn a bad situation into a fun time. I'm glad you had a well deserved great girls weekend! :)