'Tis The Season for Perfoming!

Okay so the kids have each had some sort of performance this month. It started off with the Kids Village Christmas Celebration where Liberty sang some darling songs. Here she is singing Santa Claus is Coming to Town with actions of course. 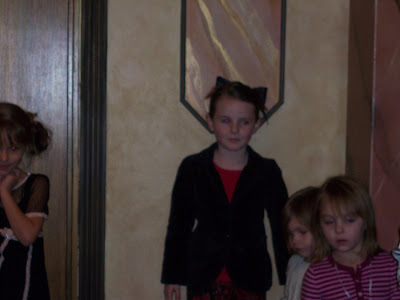 I guess I missed the actions. But she looked really cute doing all of them.

Zach came next and his class did an entire play that they have been working on for months. He and his cousin Stockton who happen to be in the same class were both Fireflies. They look so cute in thier costumes. Craig and I had a work Christmas party the night of the performance so Grandma had to go and take photos. Zach sang us some of the songs. That boy has the cutest voice. I love to listen to him sing. 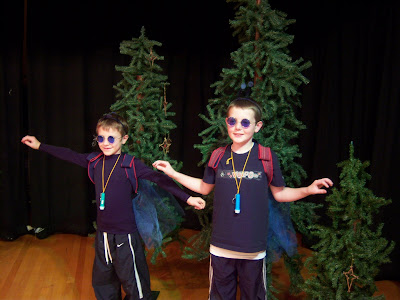 Seriously have you seen any cuter Fireflies in all your life?

Then Caleb and the rest of the young men and women were asked to sing at the Ward Christmas party. Craig and I got the best photo of Caleb up close...we totally embarassed him by doing so. But the kid got hold of the camera and deleted it...I was so mad. It was a darling photo...so I tried to crop one of the whole group, and got one, but not nearly as good as the original. 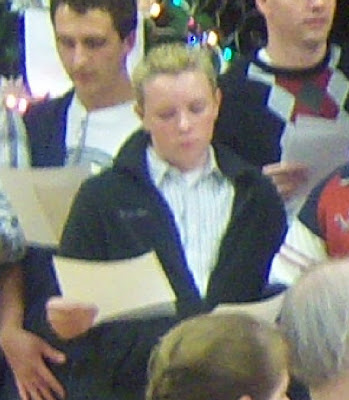 I think they were singing Deck the Halls...the enthusiasm was incredible!!! Just kidding. Can't you see how excited Caleb looks to be up there.

I love this time of year. We are as busy as ever running from party to party, trying to get everything ready for Christmas and trying to spend time with the family. There is just something about the season I love!

Posted by Craig and Cricket at 8:19 PM