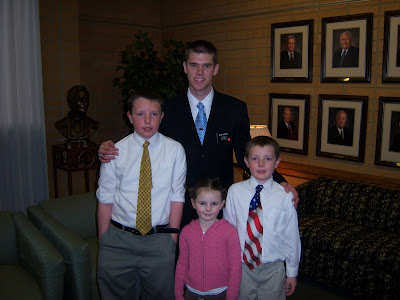 one last photo of the kids and Scott at the MTC. He is such a great example for these kids! 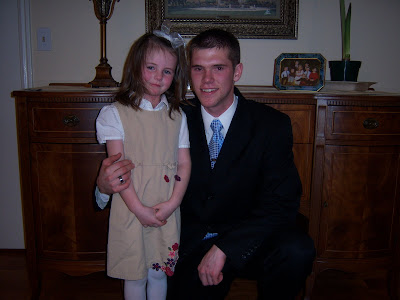 I told you Liberty was sick...lovely photo. 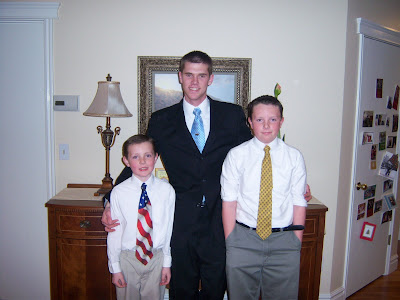 look at these handsome boys!

The past couple of days have been ones of excitement and sadness...Scott Veenker is now Elder Veenker! He entered the MTC today and all I could think about was how little he was when I first met Craig. He was Liberty's age! Watching him prepare and grow up over the last few years especially have been amazing. He is a great young man and I know that he will do great in Argentina. I was worried how my children were going to react to this whole experience, I must say that to no one's surprise they held up better than I did. Last night when the family met together for him to be set apart, I lost it when we started to sing Called to Serve! I was a mess, Caleb got choked up but he didn't cry. Liberty was so sick, she wasn't sure what was going on and Zach, he was still. We had a great night last night and before the MTC we met for lunch at the Pizza Factory. First thing that was done was Scott giving each and every one of his nieces and nephews a personal note. I couldn't read them right then for fear I would cry...the kids loved them. They were very heart felt and great letters for each of them. The MTC was difficult, we were told to use the "band aid" method. The slower you take it off the harder and longer it hurts, just rip it off and get it over with. Scott didn't skip a beat, although he did have 25 people there to say goodbye to...many tears and Scott shed his own and then with out looking back out the Missionary Exit he went. It wasn't until after that Zach broke down. Caleb was my strong one, he was teary eyed but not one tear was actually shed. Liberty kept saying "Scott gets to live here for 2 years". So there again, not too sure she fully understands. The walk to the car was quiet even though I had 3 extra children with me. Caleb, Zach, Liberty, Hayden, Stockton, & Christopher were in the car and it was quiet, as we turned and were driving past the MTC quietly all the boys started to sing...it caught me off guard until I heard what they were singing:

all I could do was laugh. I thought it was hilarious, and I am sure Scott would have gotten a great laugh out of it. 5 boys ages 12-7 and LIberty joined in singing quiet at first getting louder and louder. It was a moment I will never forget. Scott is going to be an amazing missionary! Love you Elder Veenker!

Posted by Craig and Cricket at 8:18 PM

Wow! He sure grew up into a handsome young man! I'm sure he'll do a great job. How great that your children have such a good example. I love how they sang leaving the MTC. Classic.