Last Friday afternoon I took Liberty, Zach & Brit to the Grovecrest Carnival. After getting to the school, and walking around the entire carnival, you know we had to check out all the options so they would use their tickets wisely! The fun began with face painting, then off to the buffalo chip toss, gold digging, candy sling shot, pop can shoot out, golfing, football throwing, and Zach even used a ticket to get himself into jail. I still haven't figured out why, I guess it looked fun to him. We ended the fun with a hay ride, and a fun little animal train thing. They both walked away with some fun prizes and candy. They had a ball! Brit once again was a trooper. It is a good thing that he is so mellow, he just goes with the flow. It ended up being much more fun than I thought it would. 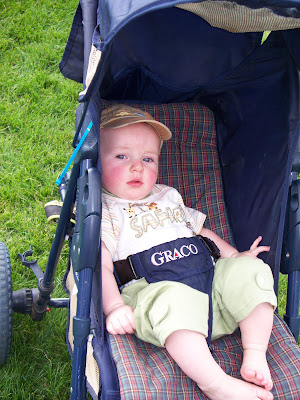 Brit hanging out in the stroller, enjoying people watching! 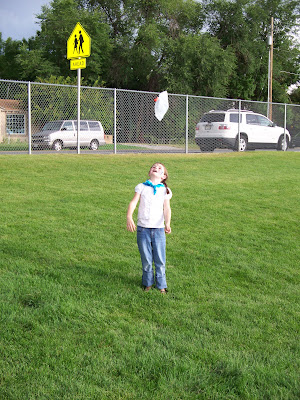 Liberty playing with her cheap-o parachute man. So easy to excite little ones. 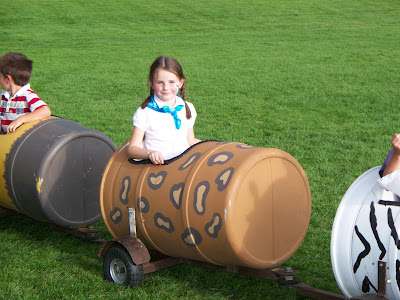 Getting ready for her train ride. 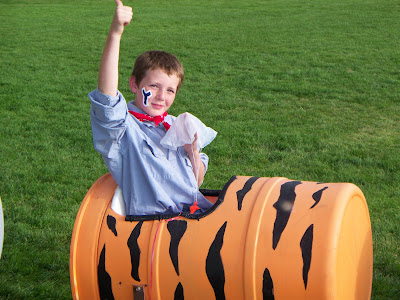 Zach giving a thumbs up to the train driver 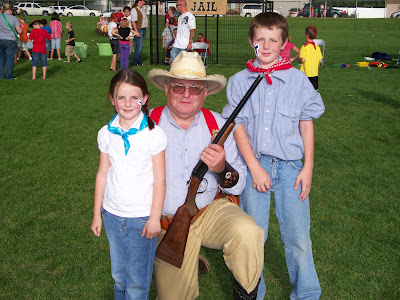 They had these men walking around shooting these guns, and seriously it would scare me everytime they did it. The kids thought it was awesome. 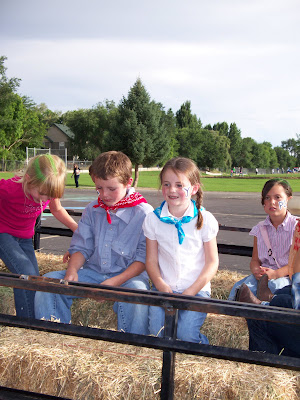 Zach and Lib on the hayride. 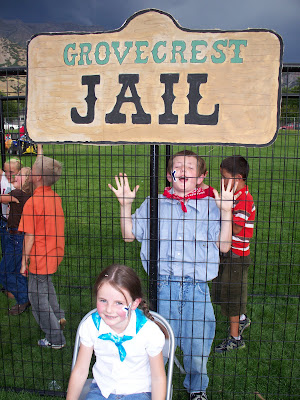 Zach put himself in jail, I can't figure out the look on his face...begging to get out. 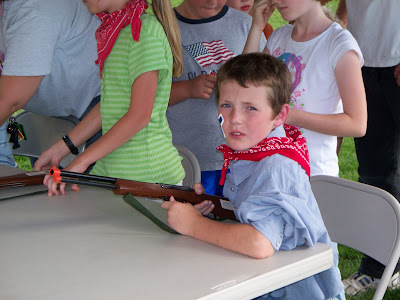 Trying to shoot down the pop cans, he ended up getting 3 knocked down. 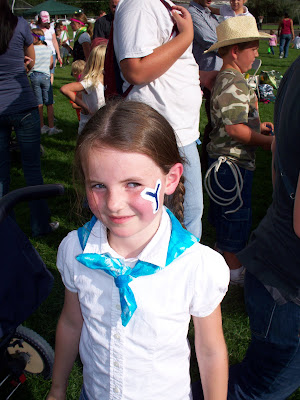 Showing off her painted Y on her face...true fan! 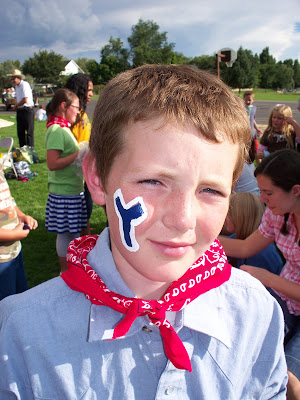 Zach debated a little bit whether to have PG or Y painted on his face.
Nothing like the fun of a school carnival!

Posted by Craig and Cricket at 8:13 PM

wow! You guys go all out for your carnival. Looks like tons of fun!

Oh boy how I miss you guys. It looked like a fun time. Thanks for sharing. I just wish everyone was as good as you in posting blog stuff.