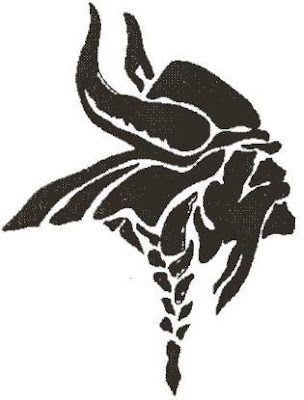 
Okay so I think that the thought of football season coming to an end tickled my fancy. The thought of having our nights back and being able to just maybe get a few things done was a good one. The thought of not having 6 practices (3 per boy) a week and 2 games was nice.

Those thoughts slipped away while sitting at the playoff games for both boys.

Zach's game was last Saturday afternoon, I watched him tackle his heart out and get the chance to catch a touchdown pass (if only I would have had the camera prepared!!!). This was a huge deal because all season he has been playing offensive and defensive tackle (he hardly gets a break during the game) but after practice one night the coach was just waiting for parents and throwing the ball around and noticed that Zach has some great talent. They made a play just for Zach and taught the entire team late in the season so he could do this. He was successful and no joke his reaction was absolutely priceless!!! They won the game 21-14. Way to go!

Caleb's game was tonight at PG High School. The team was pumped. We were playing strong the other team scored first but the team stopped them from getting their extra point. We were able to score shortly after and get the extra point. The score was 7-6. We dominated the game from then on. No score was made but the way they held the team was awesome. Caleb had about 15 great tackles. Way to go!

So here comes another week of Football...both boys are going to the Super Bowl! I am so excited for them. They both love this sport and are pumped. Zach's game is Saturday and Caleb plays next week. So the blue and white, Viking Pride can't be put to sleep for another week. It is nights like this that I need to remember so when I have afternoons when the boys are complaining about having to go to practice or not being able to find the second cleat, I can remember it is all worth it!

Posted by Craig and Cricket at 8:02 PM

this is intense---it totally reminds me of going to craig's games---good luck to both of them!