At Grovecrest the 2nd Graders put on an original play called GLOW. It's a cute play about how everything has a place in the world. We were excited to watch Liberty perform. She did great. She had a solo, and nailed it!

Check out how cute she looked, and her whole class was awesome! 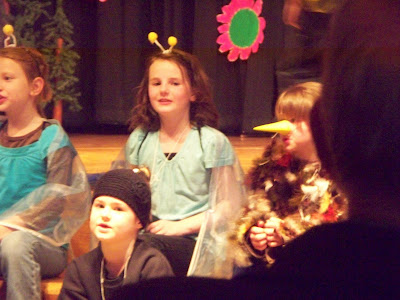 I love that she enjoys singing and performing. 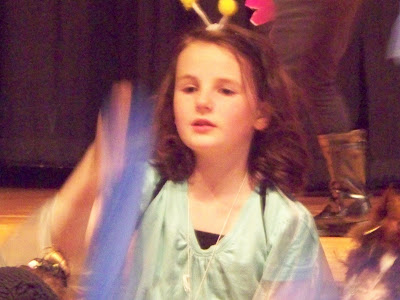 Where does the wind go? After it rains? 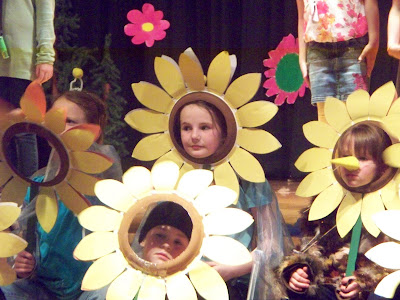 Lib as part of the chorus. She was fun to was so funny to watch, she was like a mother hen making sure the kids that surrounded her had all their props at the appropriate times. 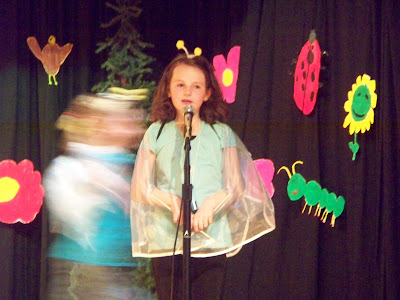 Butterfly #1 singing her solo. She was awesome! But I could tell how nervous whe was. 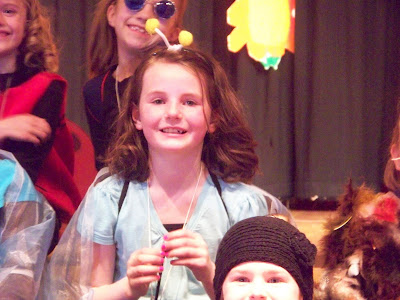 She was all smiles when it was all over and the nerves went away. 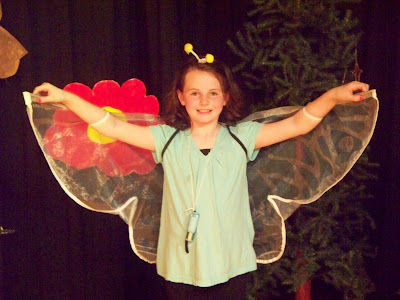 Showing off her wings 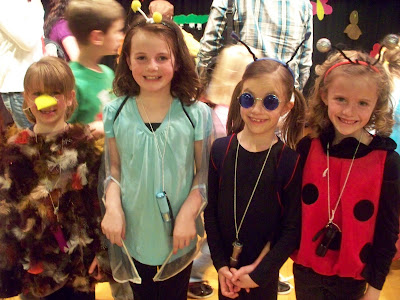 Liberty with some of her friends from her class. 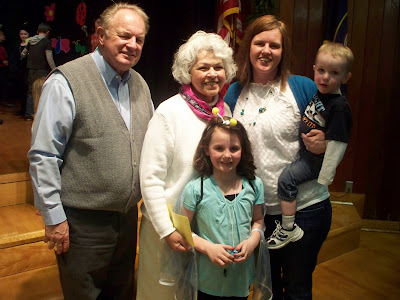 Grammy and Papa came to watch her 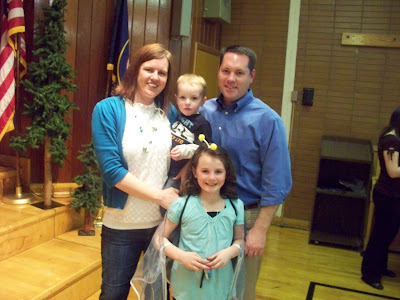 The boys both had scouts and missed the play.

She did a great job!

Posted by Craig and Cricket at 2:23 PM 2 comments

You know it's General Conference Weekend when...

you wake up to unexpected snow... 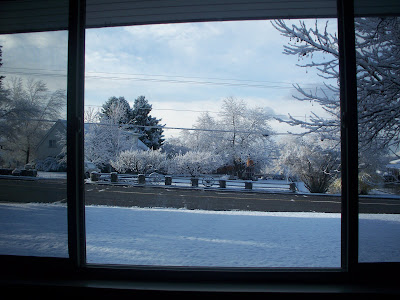 Liberty begs to sleep on the bean bag so she can have that spot during the first session.
It sort of is the coveted spot in our family. 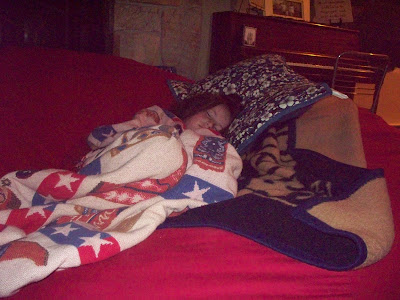 Brit plays with his trucks and cars all through every session 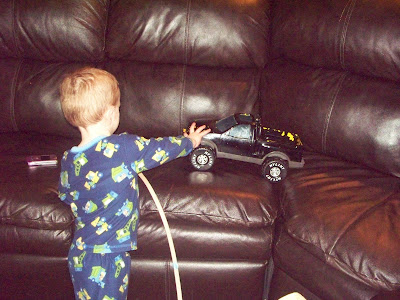 Black paper is put over the windows so we can see the screen clearly. 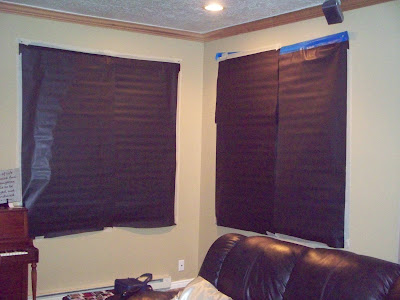 I use almost a 1/2 ream of paper to print the many different Conference Packets to keep the kids quiet. 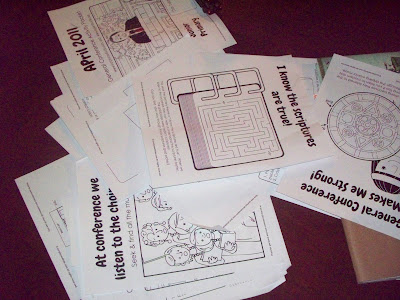 At 12:01 the phone starts ringing for the Bishop 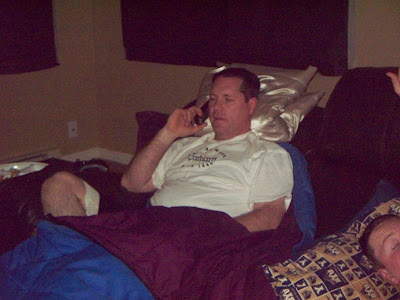 Zach is happy when he gets the coveted spot. 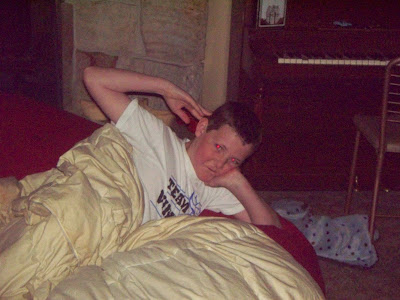 Caleb gets cozy on the couch while listening 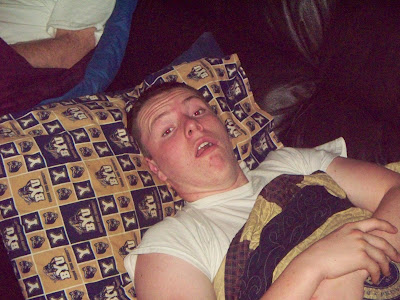 Brit snores through the last session 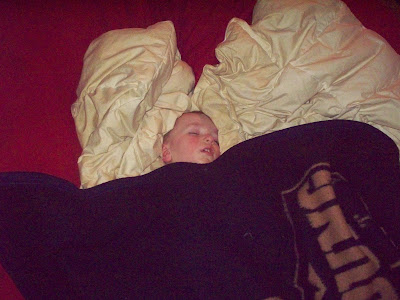 Zach tries every conference to get a photo that looks like he is singing with the chior. 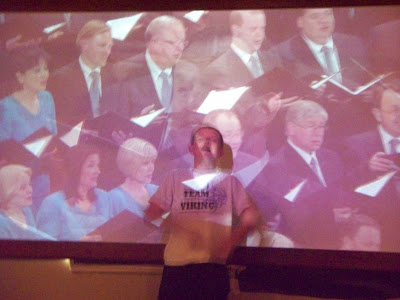 and at the end of the day...a wrestling match takes place. All the cooped up energy is let out. 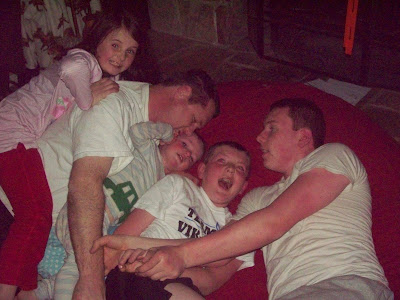 the family room looks like a pile of blankets, pillows, snacks, toys and who knows what 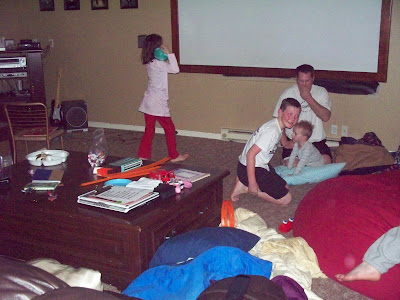 One of our favorite weekends of the year. We always look forward to being able to listen to Conference and enjoy being together all weekend.

Posted by Craig and Cricket at 9:14 PM 1 comments

Craig's brother Todd was able to get tickets for the boys to go to the Conference Center for Priesthood Session. I love that Caleb (and the others) had the experience to go and sit at the feet of the Prophets. It can only strengthen the testimony that is growing within him. It still is hard for me to think that my first little man in old enough to go with the big boys.

Here are Caleb and Hayden just before the session started.
(look at them...they are growing up to be handsome, good young men. I LOVE IT!) 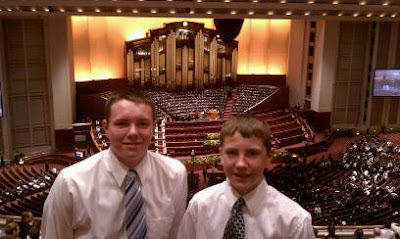 Posted by Craig and Cricket at 7:22 PM 2 comments

Last Tuesday I had Parent Teacher Conferences, Craig had a ton of work to do so Brit had a chance to spend the day with Grammy & Papa. He was way excited. His day was of course fun. They went to the mall, ate lunch, played in the treehouse slide and had the chance to go to Build A Bear. He made a dog and named it DOG. He's a clever one isn't he? I was so happy to see that Grammy and Papa took photos of the fun day. It was so cute to listen to Brit tell the older kids about his day. He kept saying slide...tree...dog over and over with a big smile on his face. A big thanks goes to Grammy and Papa for making the day so much fun. Look at the smile on his face in these photos. I think it shows how great of a time he had.
Getting ready to slide down into Grammy. 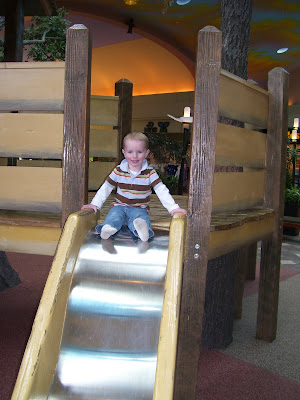 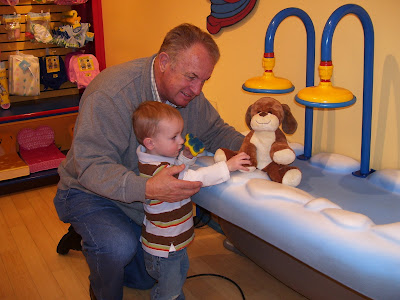 Thanks Mom & Dad for helping us out!

Posted by Craig and Cricket at 7:06 PM 1 comments