Zach had a great season! We were able to use a friends camera, to try and get some action shots. I am far from a photographer but I tried. This year Zach played both ways & on special teams. He played Center on offense, Outside Linebacker on defense, and was the kicker on special teams. He rarely sat out, it was fun to watch him. His team made it to the play offs, and lost in the first round. Good Job Zach! Can't wait to watch you next year!
Here are some of the shots we took...
It wasn't unusual to have Craig give Zach a pep talk, or give him pointers. 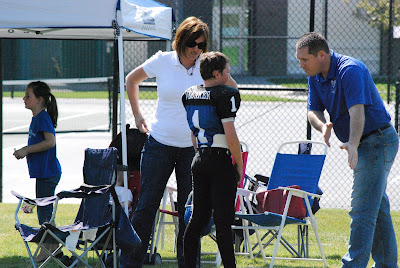 Zach jumping to get the tackle 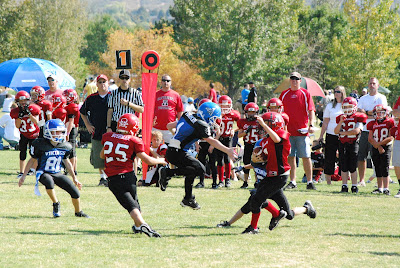 Getting ready to kick off 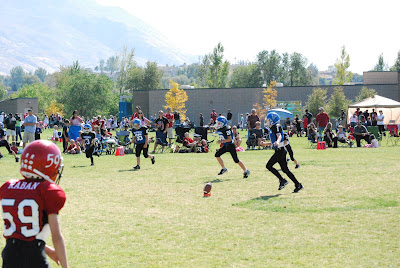 Waiting for the quarterback... 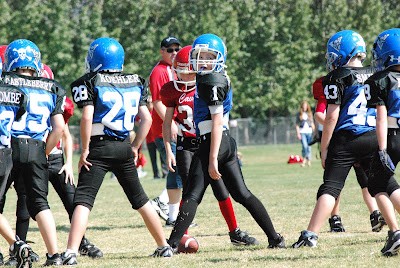 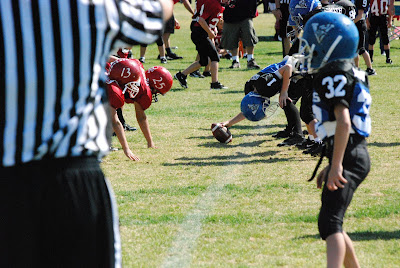 Waiting for the second half to start 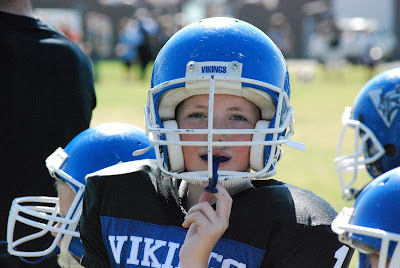 This year Zach's cousin Stockton & his cousin Shafer joined the team. It was so much fun to watch them all. (This picture was taken just after the playoff loss, that is why Shafer is in tears.) 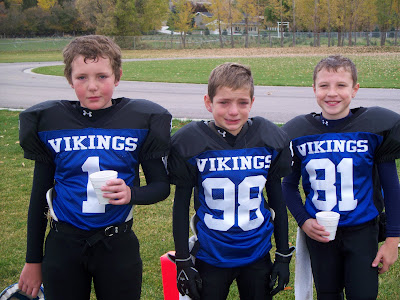 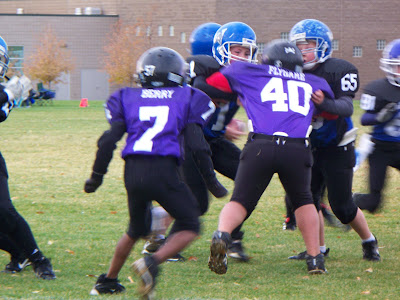 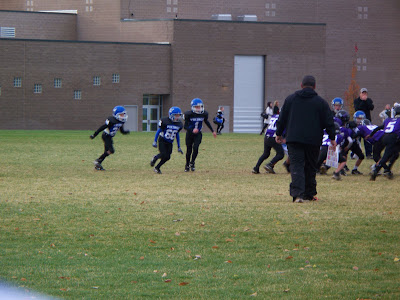 Posted by Craig and Cricket at 5:52 PM

Ok Cricket, what is your secrete? You're looking so skinny these days! Share the details please! Oh and tell Zach that he looks great too in his football uniform.