Take Me Out To The Ball Game!
Well, baseball season is in "full swing". (no pun intended!) For the next two months we will be spending at least 3 days a week and Saturdays at baseball games. With Caleb, Zach & Craig involved in baseball...Liberty and I are destined to be in the stands watching and cheering. Liberty went to 3 different games on Saturday and by the last one I was quick to see that this is going to get old really fast! At least for her. So its time to pack the baseball bag once again...with toys, crayons & paper, treats and all sorts of fun stuff for her. She is a trooper! I must say that baseball is not may favorite sport to watch, it seems slow but when my children get up to bat, make a play, or pitch the ball, I am the proudest mom there! Caleb had his first game yesterday and before it started he told me he set a goal to get a double...he got up to bat the first time and got hit in the elbow made it around the bases and got called out at home (which everyone thought he was safe, including the catcher of the other team!) Second at bat, he smashed the ball and got his double, could have been to third but great outfielding stopped that. Way to go Caleb! You reached your game goal! Zach has been pitching for his team. There is nothing better for a parent than to watch thier children do the things they love to do. Zach has the best look on his face when he throws a strike...I haven't quite captured it on film yet but hopefully through the season I will. Well, here's to a great season! There will be many hours at the field and practices, but tis the season! Baseball Season! PLAY BALL! 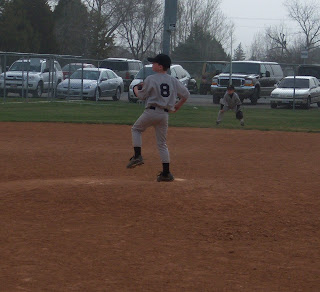 Zach winding up to pitch 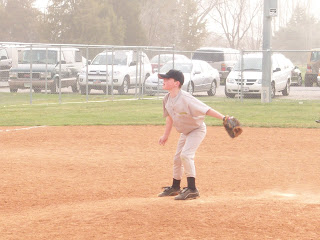 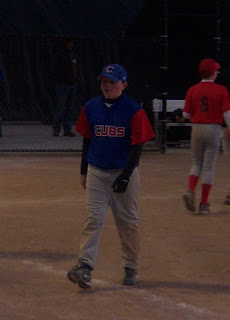 Caleb after being called out at home...he wasn't too happy with the umpires call! 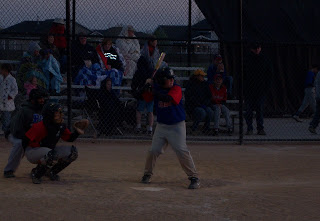 Caleb just before his smash hit!

Posted by Craig and Cricket at 4:38 PM

You and Liberty need a big girls activity at the end of the season! I hope Caleb and Zach appreciate Liberty's support (yours too). You're a good mom to support them like that. I'm glad my kids all enjoy golfing and we don't have the billions of games to attend. I know, I'm lazy that way.

Did I read that right? Zach's team is the Dirtbags? That's hilarious!

I agree, thats so funny how Zach's team is called the Dirtbags!
Have fun with that---by the end, you'll be one of those moms that pulls out the whole tailgate party dinner! Or maybe, just the snack shack nachos will do!