The second week of summer Caleb and his 2 cousins, Christopher and McKinsey went to EFY down in St. George. They seem to have had a great time. I wish I could get more info out of Caleb...it will come in time. He just isn't a man of many words. I totally forgot to send Caleb with a camera so I stole some of McKinsey's photos. (Thanks Kins!)
Each night I either texted or talked with Caleb, it was fun to see how on Monday he was still worried about what was going on at home and as the week went by he asked less about his baseball team (who played 2 games that week) and wanted to tell me what had happened that day.
Neither Craig or I went to EFY but when the opportunity came for Caleb to go we sort of made him. I don't know that he was thrilled about it but I think it was a great experience and to be able to go with his 2 great cousins made it that much better. He got to know many new people who were from neighboring states.
One night he called and told me they had a dance and he said it was fun. A girl had asked him to dance and in his words, "it was fine, until she told me she was 17!" I just started laughing. I knew people would assume he was older. That had to boost the ego a bit!
He had fun and learned lots. I guess the 3 of them are trying to figure out where they want to go next year. Which makes me happy!
Check out some of the photos of his week... 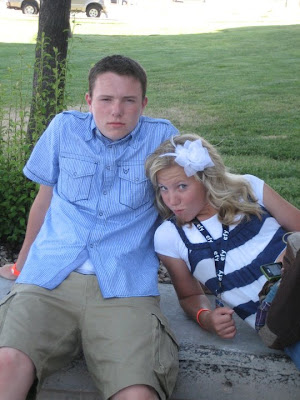 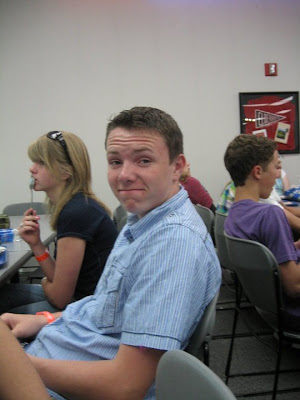 Caleb in class (he looks so excited, doesn't he!) 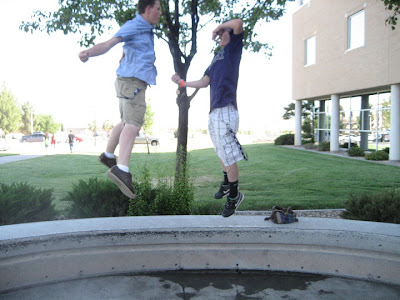 Who knows...Caleb and Christopher jumping. 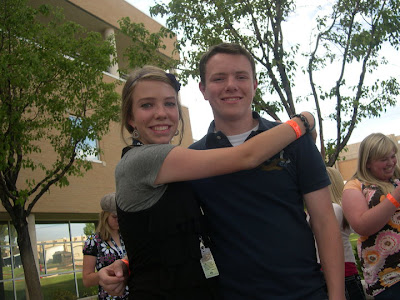 This one caught me off gaurd, but made me laugh at the same time. The caption on facebook was written by this girl (ella) it said,
"Me and Caleb.. In case you didnt know.. we were secretly in love!!"
What? I need to get to the bottom of this one! But what makes me laugh about this photo is...notice he isn't even touching her! That's my boy! 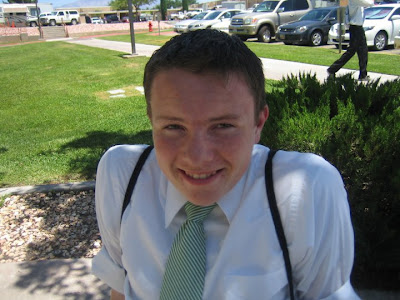 The caption on this one was I actually got him to smile! Maybe he was a grumpy gus all week long! 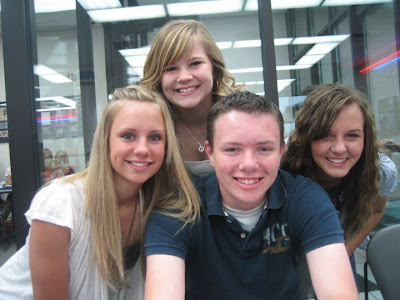 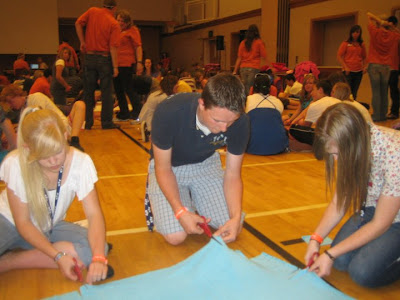 Caleb making blankets for a service project. I asked him how that went and he said, "I sort of messed it up!" That sounds like him, when it comes to crafty things. 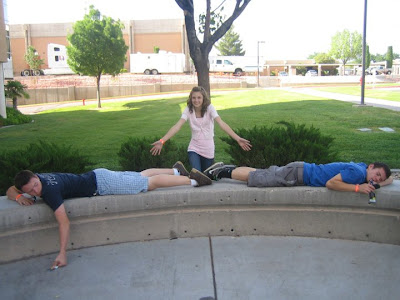 Chris and Caleb they must be tired, or hot, or both. 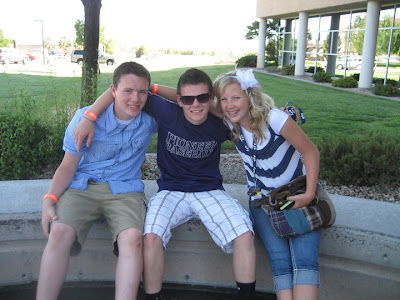 Cute cousins, I love these guys 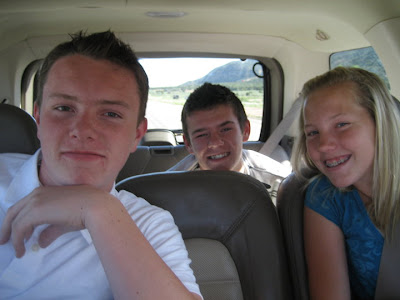 This was on the drive down to St. George early Monday morning. 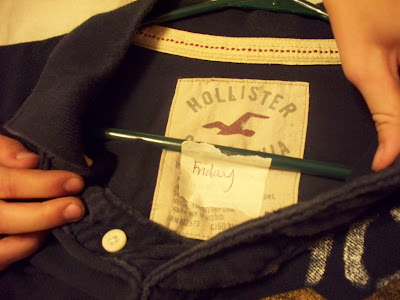 While packing, I think I stressed Caleb out a little bit, I made him worry about making sure he matched and not to wear certain shirts with certain shorts. I know, my son is 14 but I didn't want him walking around looking a mess. So he finally asked me to label everything. I hope I don't have to do this when we pack for his mission! :0)!
Of course we had to send snacks of all kinds! Funny thing, he came home with almost half of them untouched. He told me it was because they weren't in their hotel room enough. 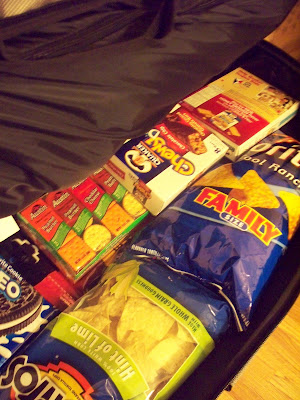 I hope he had a great time!
I know he grew closer to his great cousins!

Posted by Craig and Cricket at 2:11 PM

make it stop!!! he is so dang grown up---i seriously was getting all teary eyed looking at those pictures, wow, i am cheesey!

and i was laughing a bit about the labeling of the clothes!

Love the labeling of the clothes...maybe I should do that for my honey!:O)