June was a very busy football month for Caleb. He was gone more than he was home all month long. The first week of June he went to Utah State for his team camp. This was a great experience for him. I think he grew alot. Craig went up to watch him and said he was doing well.
The next week he went to a U of U 7 on 7 day long camp. The following week he went to a day camp again at the U of U. Then he headed to a BYU 7 on 7 day camp, and then spent the next week at BYU Football Camp. That was the camp that I was able to go watch him at (all photos were from that week). Even with all of this going on he still managed to go to morning workouts at the high school and also T/Th night practices when he could. So basically, football...football....football, all month long! But really I don't think he minded AT ALL! 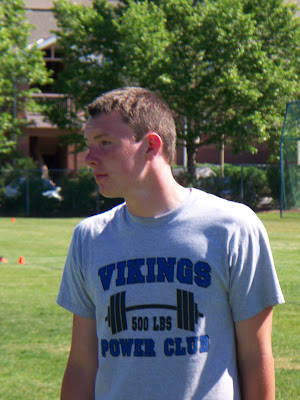 My grown up QB Caleb! 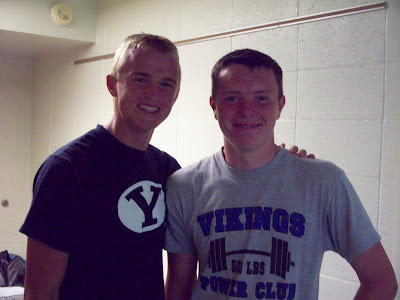 Caleb and his roommate Joe from California. Joe learned early on that Caleb is a man of few words. I think it was a perfect match because Joe was a very outgoing young man. I think it was just what Caleb needed. 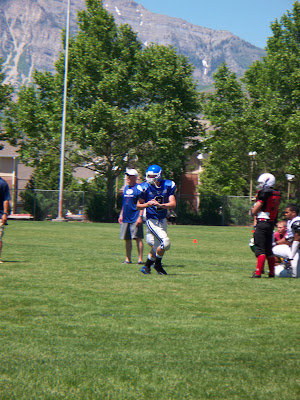 Caleb on the field... 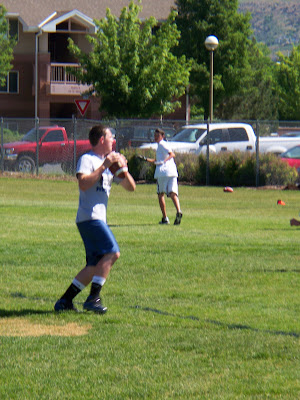 Getting ready to throw 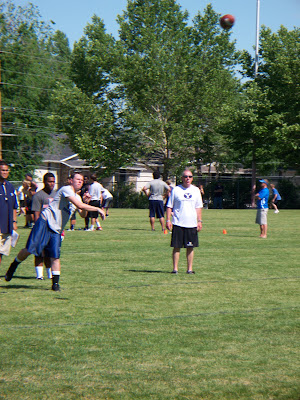 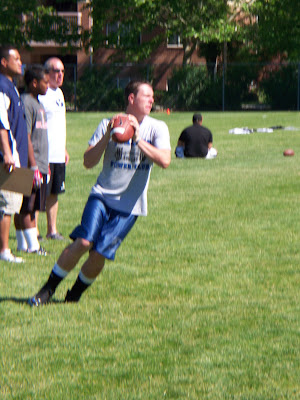 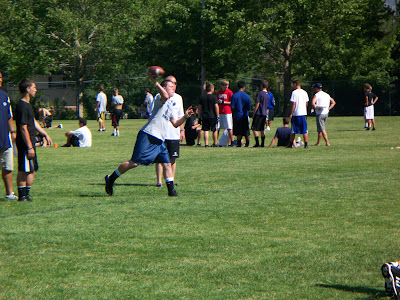 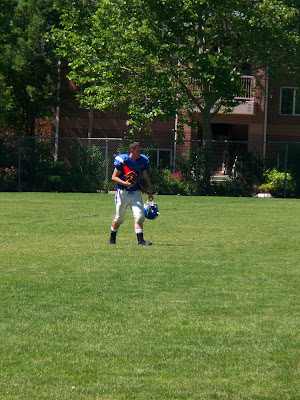 Helping clean up the field after the game is over 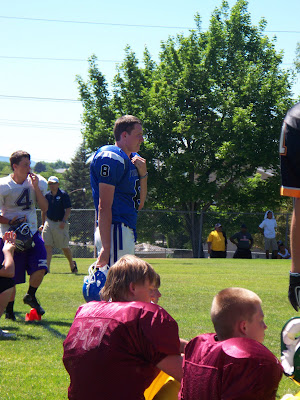 My cute Quarterback! This is his signature sideline stance. I love it!

Keep up the good work Caleb!

Posted by Craig and Cricket at 7:34 AM

Seriously, if the girls haven't been knocking at your door by now, look out! What a handsome kid! And with him being a nice kid too, all I have to say is look out! :)