The final week of school was jam packed with events for the kids. Tuesday came and we hit the ground running and it seemed we didn't stop until Friday. With Awards Assemblies, Fun Run, Dance Festival, Lagoon Day, and everything in between it was a whirlwind week.
Luckily my school got out a week earlier so I could attend all of this... 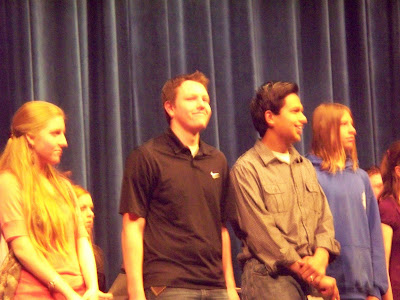 Blurry picture, he would NOT look at me for anything. I was in the 2nd row and he saw me but knew I had the camera and refused to look at me. 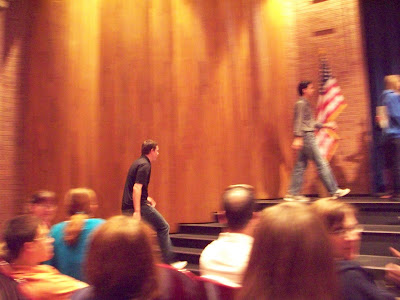 Caleb walking up to recieve his awards...I love how everything is blurry but him. Really I meant it that way!!!! 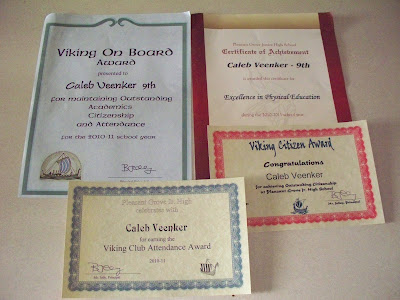 Strangely enough while at the Awards Assembly they didn't announce what awards the kids were recieving. I thought it was a silly way of doing it. Like a friend said, they could have just given them out in class. After it was over I tried to catch him in the hall, but it was like a sea of teenagers and I never saw him. Again, he knew I had a camera...he probably RAN! When he got home from school he showed me his awards. I was so proud of him. He had a great year and finished his Freshman year with straight A's!!!! I was so happy for him.

Fun Run 2011
The kids always look forward to the fun run. They also complain and talk like they aren't going to run. When the complete it they always feel great after doing it. Although they aren't the front runners...they run and complete the race and that is what I expect of them. None of this walking the laps. Drives me sort of crazy to be honest. 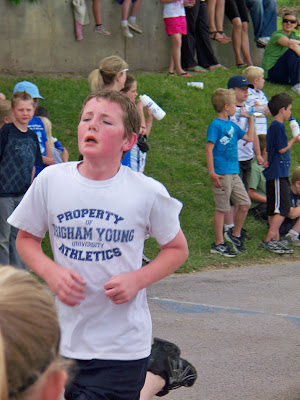 Zach finishing his second lap around the track... 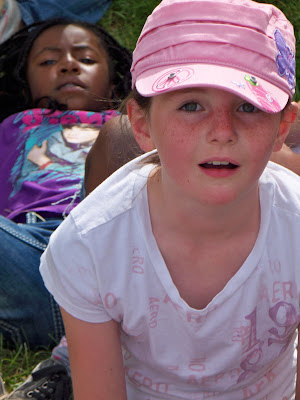 Liberty just after finishing. I love the looks on thier faces. 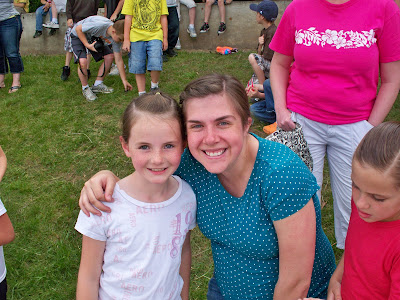 I caught Lib standing next to her teacher, Mrs. Pratt.
Dance Festival 2011
The dance festival is always my favorite. I love watching the kids have fun dancing. This year was probably the most pleasant weather we have had in ages. Not hot and not cold. 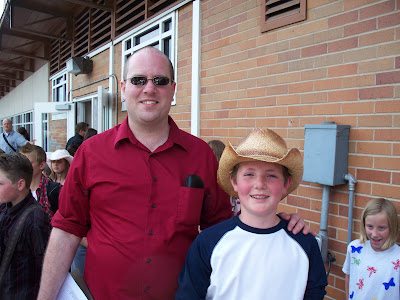 I found Zach the day earlier with his teacher, Mr. Johnson. 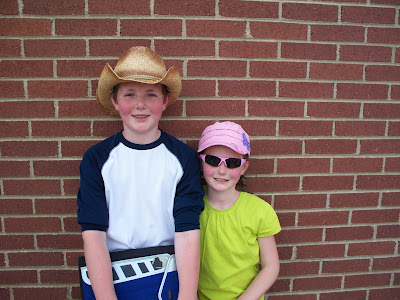 Zach and Lib just after the Dance Festival 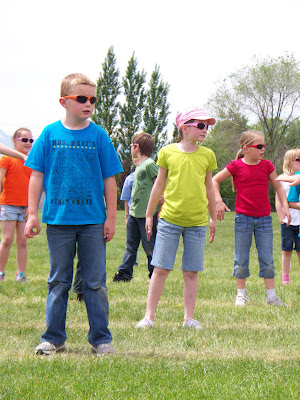 Liberty doing her dance to a Broadway tune, something like Shake, Rattle & Roll. I wasn't familiar with it, but it was one of the cutest dances this year if you ask me. 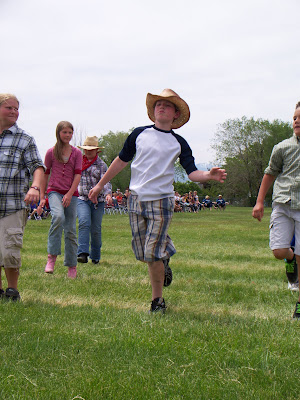 Zach's class did a dance to Footloose. I LOVED IT! It was perfect for Zach who is quite the dancer. I LOVE watching him every year. He was certainally cutting loose!

Caleb went to 9th Grade Lagoon Day...but of course with his love of the camera, there aren't any photos of that.

It was a fun week. I always love the end of the year, because I know Summer is coming. My favorite.

Posted by Craig and Cricket at 2:42 PM 2 comments