It seems weird to think that Zach is old enough to be done with Cub Scouts. Last week was his last Pack Meeting. He has been working hard to complete all the requirements for his Webelos badge and also his Arrow of Light. At pack meeting he was awarded both of those. He was excited to be welcomed into 11 year old Scouts.

Zach while just after the Arrow of Light presentation. I LOVE THIS PHOTO! It captures my Zach perfectly. 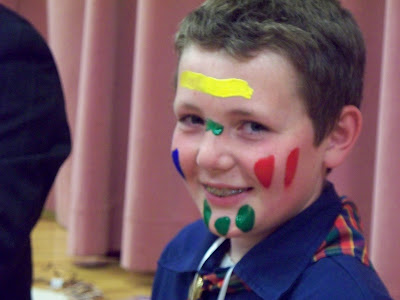 Zach pinning on my Mother's pins. We always get a good laugh at this, I don't know why. 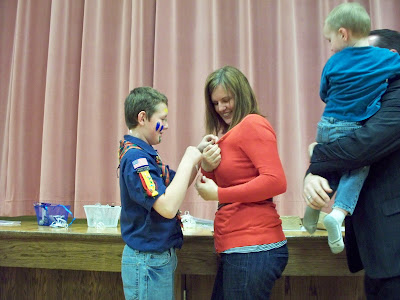 So good bye belt loops, pins & badges...we are on to rank advancements and merit badges and onto his Eagle award. Great job Zach!

Posted by Craig and Cricket at 7:28 PM 1 comments

On May 7th Liberty was baptized. She has been looking forward to this day for just about a year now. It finally came!!! She looked so cute, she wore the dress that I wore when I was baptized (many years ago!!). I am so happy that it fit her perfectly! Grammy made her a dress out of the same fabric as her blessing dress & my wedding dress to wear after she was baptized. It is absolutely darling! For whatever reason I can't get that photo to open. I will work on it. Just take my word for it, she looked darling! It was a wonderful day for her, she was surrounded by family and friends who love her very much. I hope that she never forgets how wonderful it was! 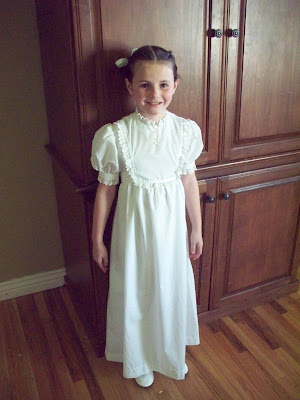 Liberty in the same dress I wore. 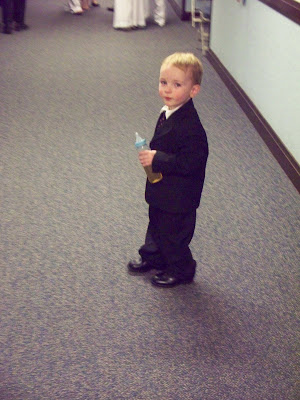 It may not have been Brit's big day, but he was dressed to KILL! He looked so cute in his suit. He was screaming at the beginning of the baptism because he wanted to "get in the water"! He was so cute, he fell asleep after he calmed down and ended up sleeping through everything! 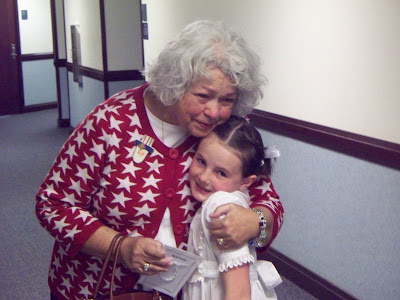 Grammy started to cry when she first saw Liberty. 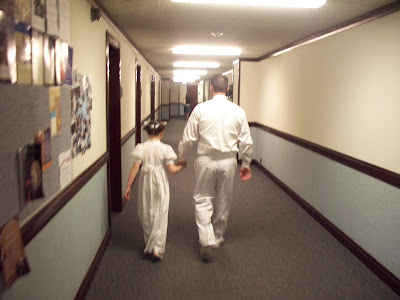 One of my favorite photos EVER! I love that I happened to capture this moment between Craig and Liberty. So sweet! 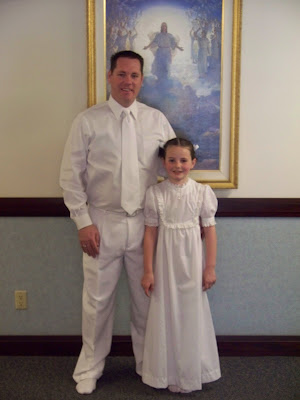 Liberty & Craig just before the baptism

Posted by Craig and Cricket at 4:52 PM 3 comments 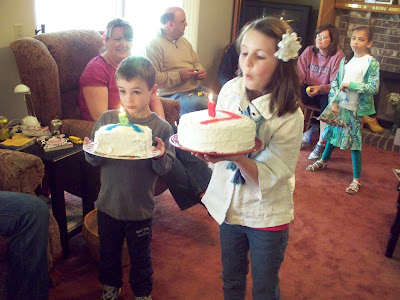 Liberty and Adam (they share birthdays) getting ready to blow out their candles.

My little girl is growing up! Lib turned 8 years old. She is a darling little girl, who is friendly to all and I love her very much! Her birthday happened to fall on Easter weekend this year so she was able to celebrate it with our extended family as we celebrated Easter with them. It was really fun for her, she loves the excitement of it all! Just before her b-day Grammy & Papa gave her an American Girl doll. It was a total surprise for her. We had been looking online at them and she had picked one that she mentioned maybe she could ask for it for Christmas. I quickly then ordered it from Grammy & Papa. 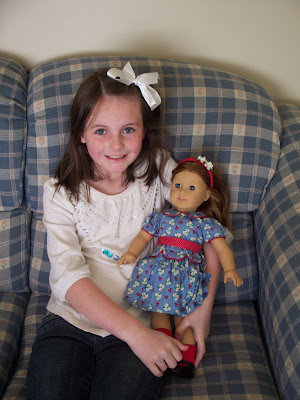 Here she is with her Emily doll a couple of weeks before her b-day!

For her birthday from us she got a certificate for a girls night out and 3 outfits of her choice for her Emily doll. It is always fun to have a girls night with her. She is way excited! 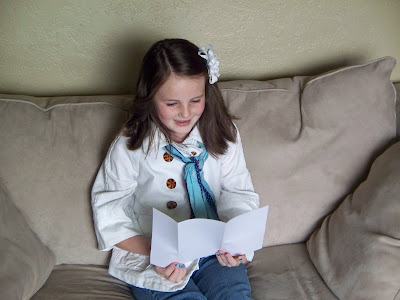 this is her reading her card/certificate on her b-day.

Happy Birthday to my little girl! It's a big one, eight years old. Very exciting time for you.
I LOVE YOU LIBERTY!

Posted by Craig and Cricket at 12:28 PM 2 comments 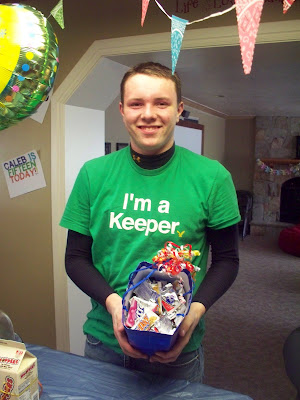 It just seems strange to me that my "little man" (as he was once called by me) is now 15 years old. Seriously, how can this be?? I ask this for 2 reasons...

1. it was just yesterday that we brought him home from to our house in Lindon.
2. I can't be old enough to have a 15 year old, RIGHT? I was just 15 not that long ago! HA!

Like it or not, my "little man" is growing up and getting big...really big! Even though I do sometimes struggle with the idea, I love watching him grow, make decisions of his own, and I love watching him become such a great young man. He puts a smile on my face!

This year his birthday landed on the first day of Spring Break. His wish, snowmobiling with his dad and brother. Wish granted! They had a great day! Fresh snow, sunshine, and who could ask for better conditions? They loved it. At about 1:00 I got a text from Craig's brother Scott...attatched was this photo. I just laughed. Check it out (I know it's small!) 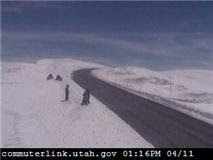 You see in the meadow in front of the cabin there is one of those UDOT commuterlink cameras. Scott happened to catch Craig on his phone and told him to go stand by the camera. They were caught on film. Pretty funny, huh?

While they were gone Lib and I decorated the house and made his strawberry cheesecake. He came home to balloon, gifts, cheesecake, and because he left too early for us to go on our birthday donut run, we had some donuts waiting for him also. He had a great day!

And in case you were wondering...just like his shirt says...he's a keeper! We love you Caleb!

Posted by Craig and Cricket at 6:45 PM 2 comments